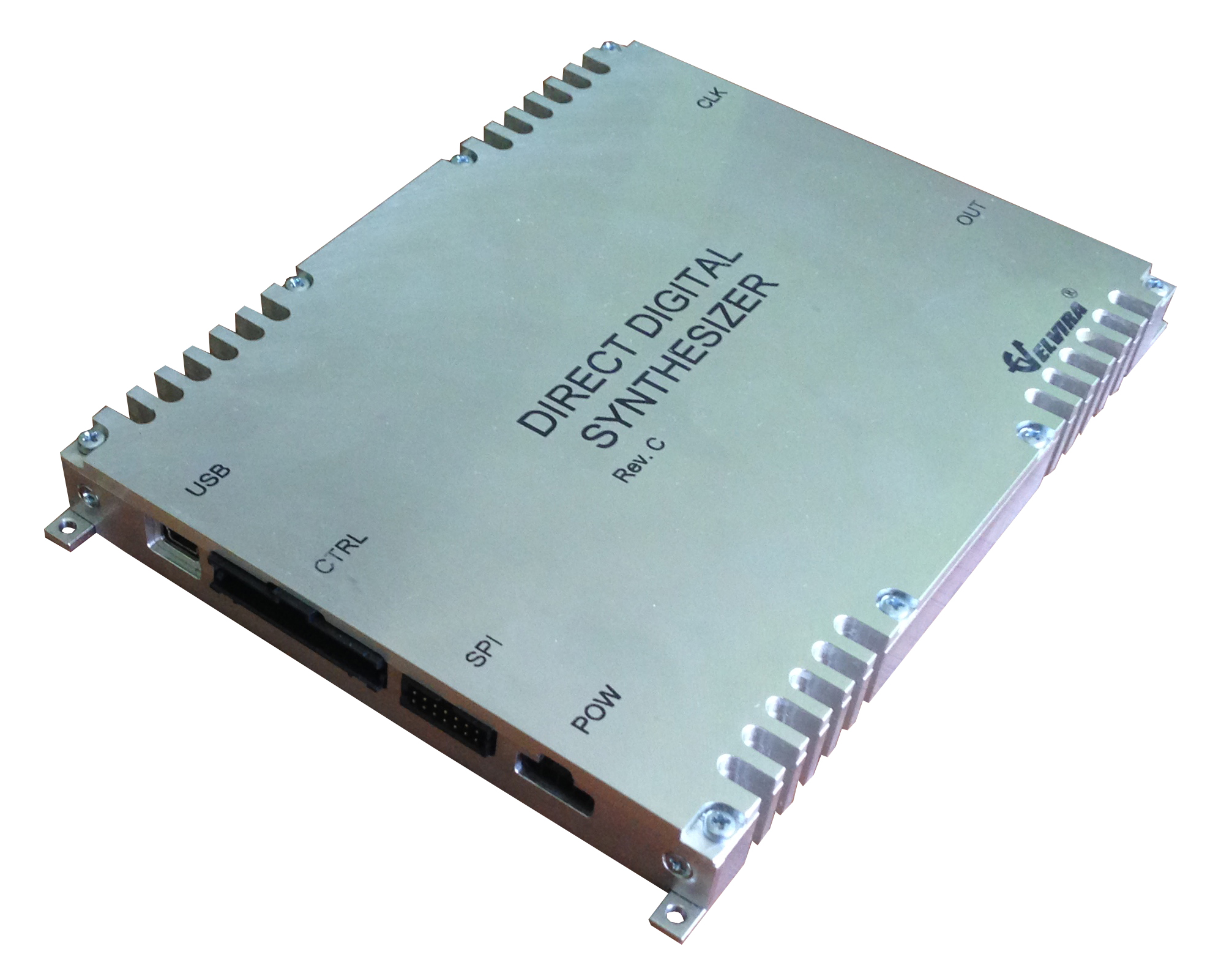 ELV-DDS is a direct digital synthesizer module built on a combination of a modern high-speed 14-bit DAC and Kintex-7 FPGA. This synthesizer requires a 3.2 GHz clock frequency and features a specified output frequency range from DC to 600 MHz (usable up to 1.5 GHz with a degraded spur and output power performance). If the clock is supplied from a low phase noise source (e.g. ELV-OCXO 100 plus KFSM) the synthesizer will provide an output signal with phase noise as low as -146 dBc/Hz (at 10 kHz offset from a 500 MHz carrier). The main advantage of the ELV-DDS which places it truly apart from its commercially available counterparts (e.g. AD9914) is its unique spur performance. In the frequency range from DC to 600 MHz the ELV-DDS generates a clean output spectrum with no spurs >-90 dBc due to a sophisticated spur cancellation algorithm (activated by default, can be disabled at user’s discretion). Even at frequencies around FCLK/N which are traditionally contaminated with high order spurs in commercial DDS chips,  the ELV-DDS features no spurs  exceeding -90 dBc. The module is equipped with USB, SPI and parallel control interfaces. The switching speed is around 15 ns between any two frequencies if the unit is controlled via the parallel interface. Despite such tuning agility a continuous phase is preserved during any frequency transitions. The unit is capable of any custom modulation with an entire 600 MHz bandwidth and there is enough room for user specific modulation schemes accessible in its FPGA. The output power is >+10 dBm across the specified frequency range. The ELV-DDS comes in a robust aluminum milled case and operates over the frequency range of 0…+50°C. The module draws 1200 mA from a 9 V power supply and needs to be mounted on a conductive heat sink. 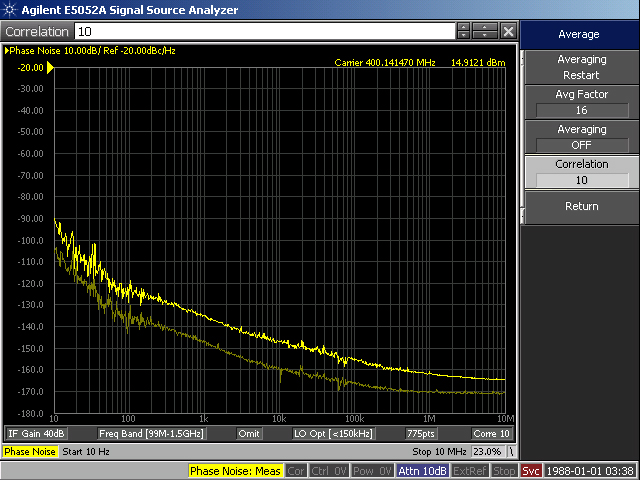 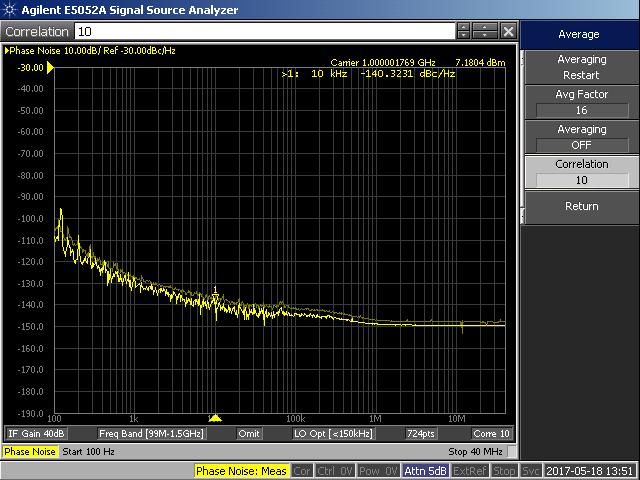 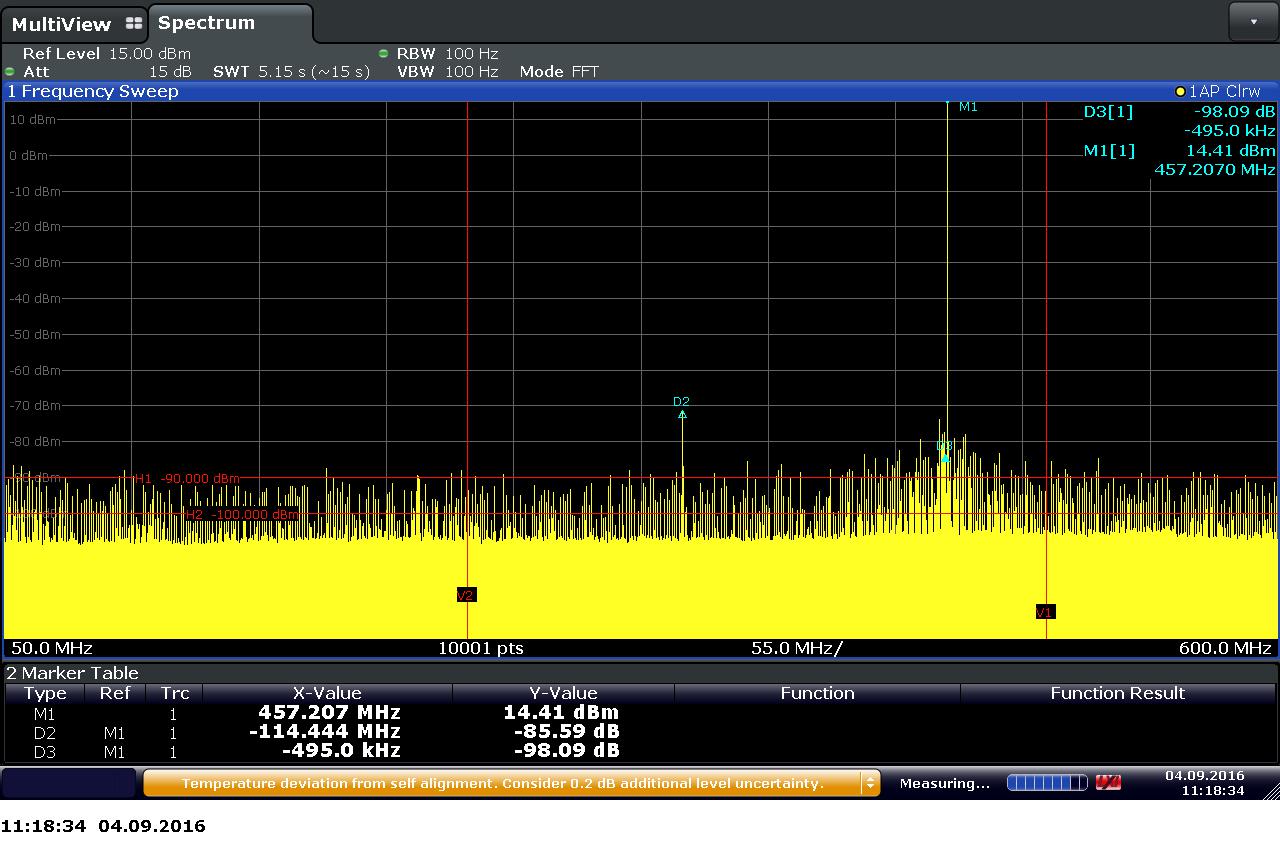 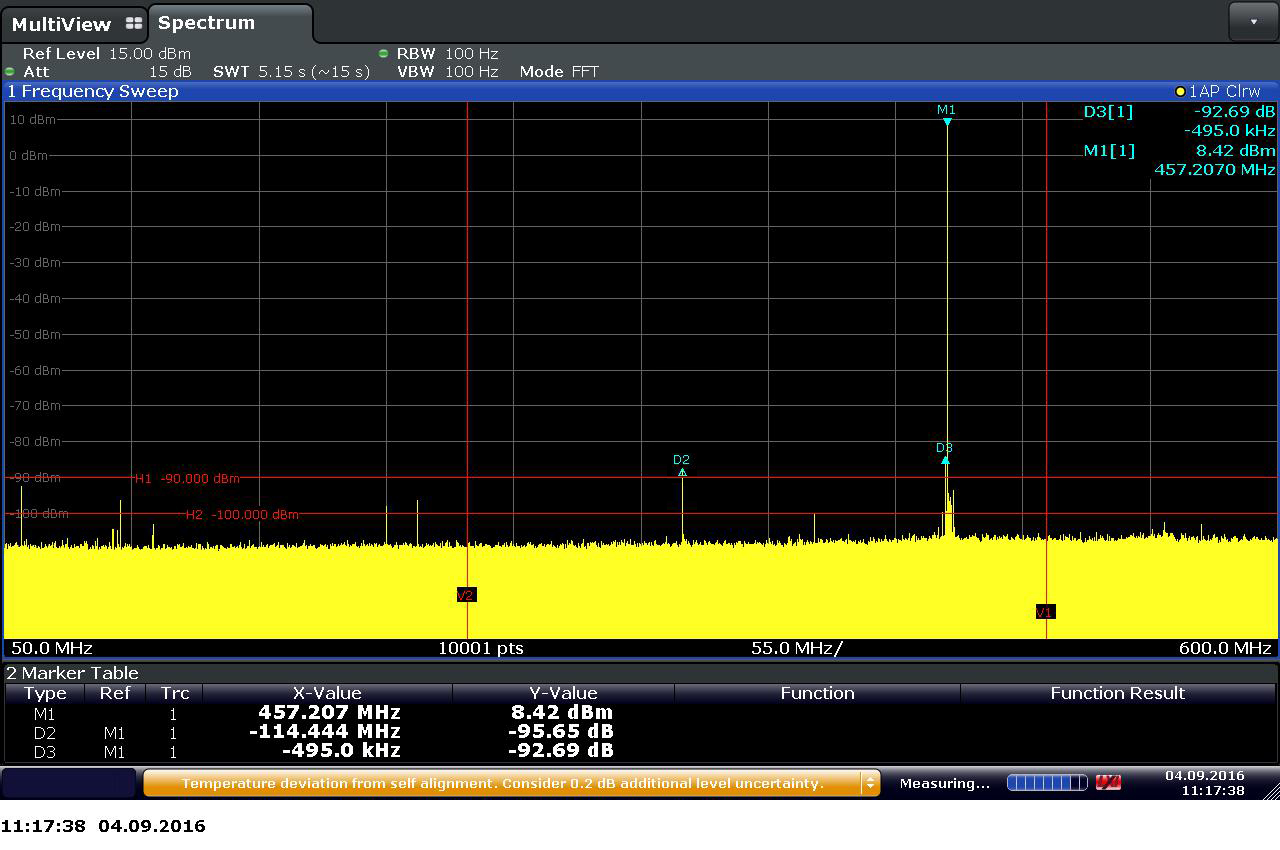 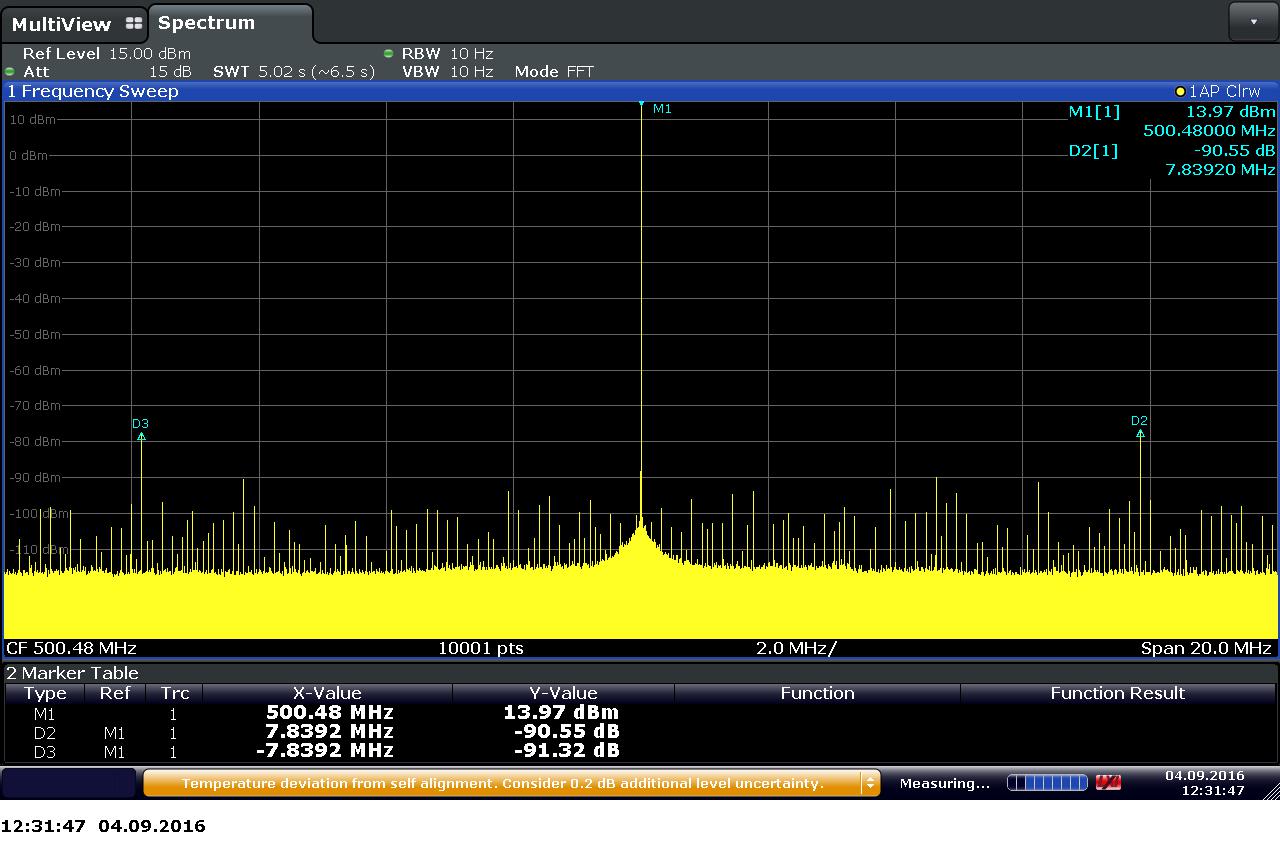 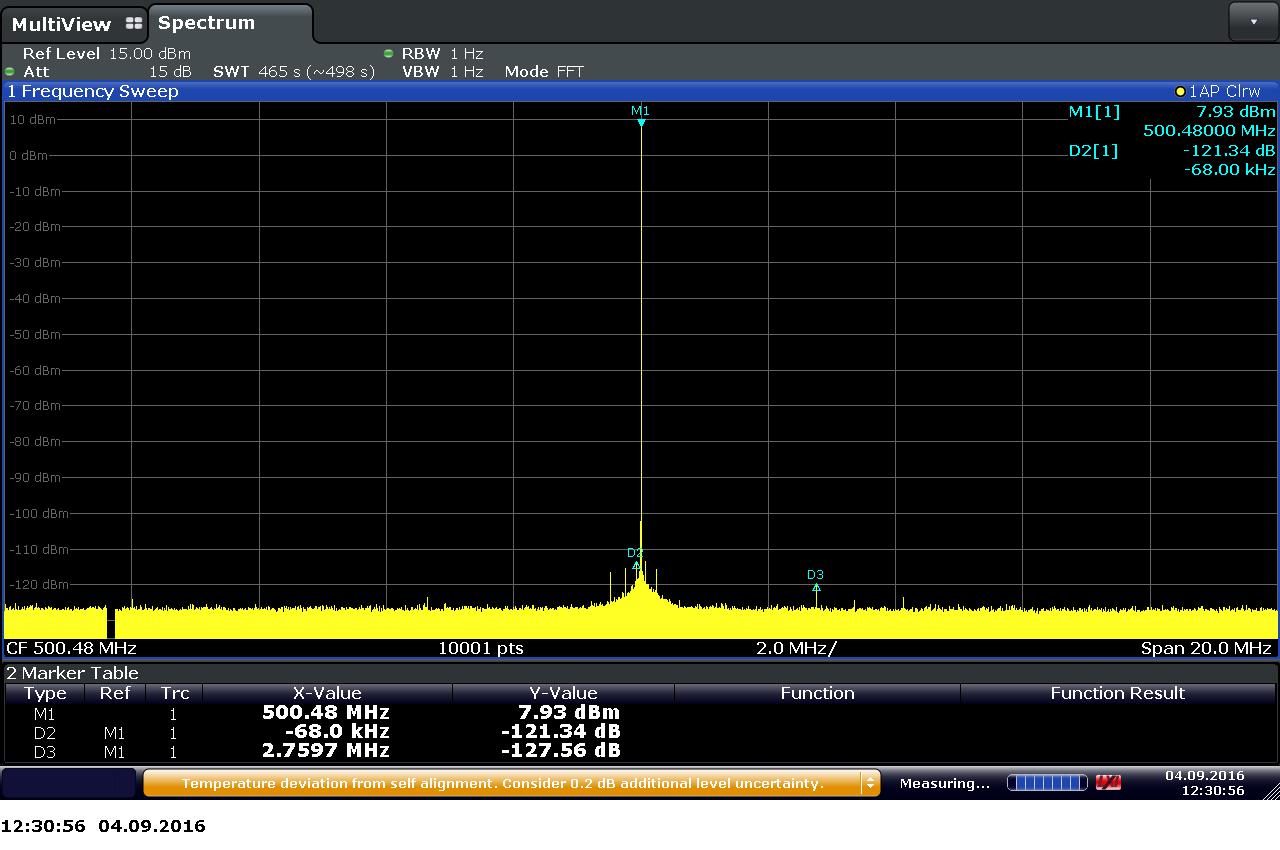